Rob Koehler, the director-general of rights group Global Athlete, balked at the ‘ridiculousness’ of the playbooks for the Tokyo Games. “You go to an Olympic Games,” he told the Toronto Star, “there’s always thousands of condoms in the athletes’ village to ensure safe sex. But yet when it comes to a pandemic, they’re not willing to provide free medical-grade masks for all competitors, It doesn’t make sense.”

Koehler isn’t the only one trying to make sense of how, in less than 75 days, the Games will be conducted in the middle of a pandemic.

On Sunday, amidst fake cheers and in front of empty stands, American sprinter Justin Gatlin crossed the 100m finish line in first place during the track and field test event at the Olympic Stadium. After experiencing what the Games would look like in July-August, he said “a lot of athletes are not going to be happy” with the restrictions that have been put in place.

The restrictions, outlined in the playbooks released last month, will be enforced on tens of thousands of athletes, officials, organisers and media to allay the fears of the local population, which wants the Games to be cancelled, according to various Japanese opinion polls.

The International Olympic Committee (IOC), nevertheless, is pressing ahead with the Games. According to their plan, tens of thousands of athletes will virtually be airdropped into Tokyo, kept away from the public and airlifted back to their respective countries within 48 hours of their event getting over.

Less than 75 days are left for Tokyo Olympics. (Twitter/Tokyo2020)

Additionally, they have ordered the athletes to restrict their movements only between the village and the venues, undergo Covid-19 tests every day, limit their interactions with teammates, alter meal timings to ensure distancing at the catering hall, and sign waivers. This has raised concerns over the safety of the athletes and the possible impact on their daily routine.

In case of a positive test, the athlete will be withdrawn from the event.

‘Everything on the line’

However, several questions remain unanswered. If an athlete qualifies for the medal round and tests positive on the morning of his/her event, will all of their opponents from the previous rounds have to isolate as close contacts? What procedure will be followed to replace the Covid-positive athlete in a medal match? What happens if it turns out to be a false positive? Or, what if the athlete misses his/her event while waiting for confirmatory reports? In team sports, if one player tests positive, will everyone have to isolate until reports of others are known? And what happens if they miss the match during the waiting period?

Several athletes have returned false-positive reports in tournaments across sports. However, the flexibility of a standalone tournament gave those organisers a chance to reschedule the matches involving such players. At the Olympics, which have an airtight schedule with no room to push back a match even by a minute, such considerations won’t be possible.

Two-time Olympian Nikki Dryden, who is now a human rights lawyer, said everything the athletes have been training for is ‘on the line’. “The support of family, community, local business, national sponsors, local and national governments – everything – comes down to this one moment. If that moment is taken away, it’s going to impact not only the livelihood of the athlete … but it’s going to impact entire communities,” the former Canadian swimmer told

The Ticket podcast. “Is this process fair? Do athletes trust the fairness and integrity of the system? We need to know who is conducting the tests, and what are their protocols?” 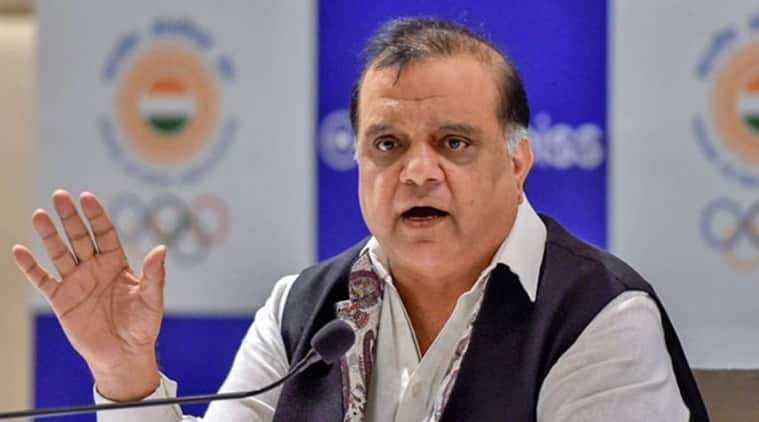 The uncertainty goes beyond what will happen on the ground in Tokyo. Indian Olympic Association (IOA) president Narinder Batra said an “additional concern” has come to their notice.

“Right now, a lot of countries have imposed restrictions on travellers from India. If that doesn’t change by the time the Olympics come, and they ask our athletes to quarantine for 14 days, then we have to figure out a place to send the athletes 20 or 25 days before, from where they can get direct entry,” Batra said. “It’s an additional concern that has now come to our notice based on the situation now. Things might change for the better in July, we will wait and watch. But we are keeping in mind all possibilities and preparing for it.”

Earlier this month, India’s rowing team was allowed into Tokyo for the Asia-Oceania qualifiers without any quarantine. But they got a taste of the tedious process put in place for the Olympics. “We had to get the RT-PCR test results in a specified format, which is different from what we get in India. Each document is verified at the airport and only if everything is fine will you be allowed to board the flight,” MV Sriram, secretary-general of the Rowing Federation of India, said.

After they landed, it took them almost five hours to leave the airport, as they waited for Covid test results and while officials checked the mobile phones of each member to ensure the track-and-trace app mandated by the organisers was functional. “If it took so long with a few hundred athletes, I wonder how they will manage during the Olympics when there will be thousands,” Sriram said.

Amidst protests that are gathering momentum and strict protocols announced, that’s a question on everyone’s minds.

False positives: What happens if an athlete tests positive on the day of his/her event, is forced to sit out and it then emerges as a false positive case?

Team sports: In team sports, it isn’t specified whether the whole team will have to isolate until their reports are known, if one player tests positive. It also isn’t known what happens if they miss the match during the waiting period.

Quarantine: Will athletes from countries with a high caseload, like India, be forced to quarantine? While that is not the case at the moment in Japan, the Indian Olympic Association is preparing for such an eventuality.

Safety: Global Athlete, an activist group, has demanded that all athletes be given individual rooms with private bathrooms to avoid being identified as close contacts and catching infection. They’ve also urged the organisers to provide free medical-grade masks during the Games, as against the current rule that requires athletes to bring their own masks.

Women trained in Agama Sastra to be allowed as priests: Tamil Nadu minister