Rohit Sharma moved up six places to a career-best eighth position in the ICC Men’s Test Player Rankings after a fine performance in the low-scoring third Test against England in Ahmedabad that the home side won by 10 wickets to take a 2-1 lead in the four-match series.

Rohit top-scored in the first innings with 66 and remained unbeaten on 25 in the second to move ahead of compatriot Cheteshwar Pujara among others. His rating points aggregate is 742, 20 more than his best of 722 in October 2019 when he was ranked 10th.

Player of the match Axar Patel and Ravichandran Ashwin have also made solid gains after helping carve out a crucial win that helped India remain in contention for the ICC World Test Championship final. Left-arm spinner Patel’s 11-wicket match haul has helped him gain 30 slots to reach 38th position while off-spinner Ashwin’s seven wickets have lifted him four places to third position.

England spinner Jack Leach has entered the top 30 for the first time, moving up three places to 28th after taking four wickets.

Meanwhile, the ICC said that player rankings will move to a weekly updating system from March 2021 for both men and women. 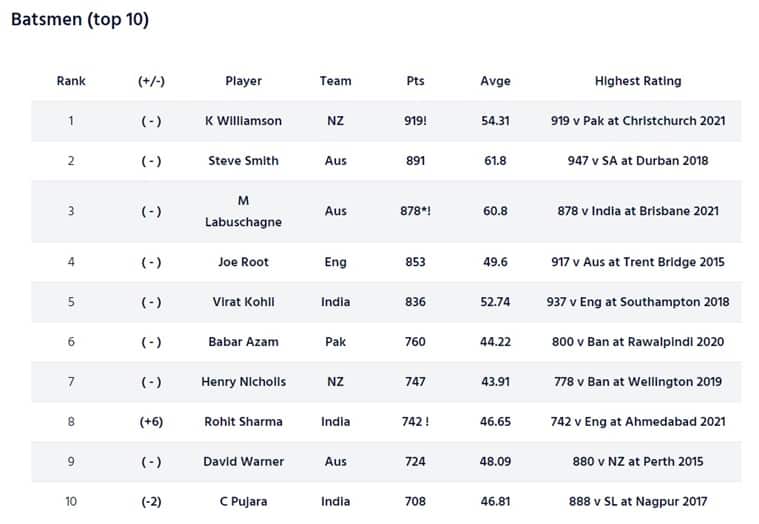 “The change will not impact the way the rankings are calculated but what it means is that instead of rankings being updated at the end of a series (in ODIs and T20Is) or a Test match, they may be updated while a series or match is ongoing without performances in those matches being considered,” ICC said in a release.

When and Where to Watch live match?

WHO: Poorer nations to get first 40 million vaccines next month