The unprecedented second impeachment trial of former President Donald Trump begins in the United States Senate at 1 pm on Tuesday (11.30 pm on February 9 in India).

Trump will be represented by his attorneys Bruce L Castor Jr and David Schoen, who filed a 78-page trial brief on Monday (February 8) saying the impeachment charge is violative of Trump’s right to free speech and due process, and is “constitutionally flawed” on account of the fact that Trump has already left office.

What are the charges against Trump?

Immediately after Trump gave an incendiary speech to his supporters on January 6 asking them to “fight like hell” so he could keep the White House, a large and violent mob stormed the US Capitol where lawmakers were in the process of confirming Joe Biden as the winner of the November 2020 presidential election.

Five people were killed and hundreds injured, the halls and chambers of the building were vandalised, and members of Congress and Capitol staff cowered for hours in hiding for fear of being attacked or killed.

On January 13, the House of Representatives voted 232-197 to approve a single article of impeachment that accused Trump of “inciting violence against the government of the United States” in an attempt to overturn the result of the election. The article of impeachment also asked that he be disqualified from holding any public office again.

Ten House Republicans joined with the majority Democrats to vote for Trump’s impeachment. 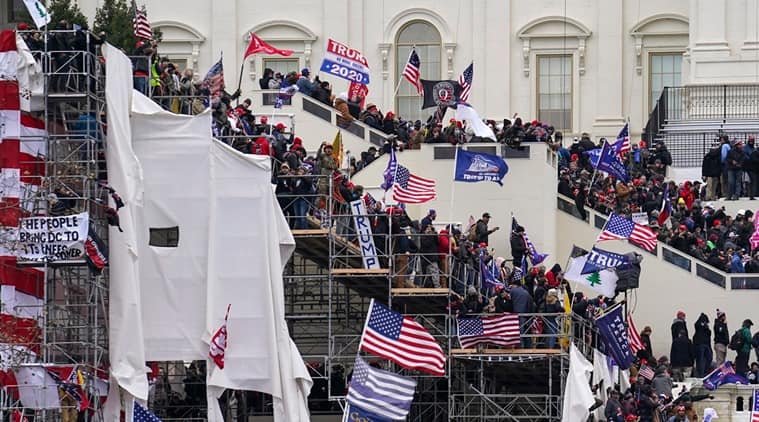 On January 25, the House of Representatives formally sent the article of impeachment to the Senate in order for the trial to commence.

Democrats and Republicans, however, agreed on a few days’ delay so that the lawmakers who would be the prosecutors, as well as Trump’s legal team, could get time to prepare, and Senate could use the opportunity to confirm some of President Biden’s Cabinet picks.

Will Donald Trump be convicted?

No one expects that to happen.

Conviction can happen only by two-thirds majority in the Senate, which means 67 Senators must vote in favour. The 100-member chamber is split exactly half and half, so even after all 50 Democrats vote to convict, they would still need 17 Republicans to join them. Similarities and differences between the two impeachment trials of Donald Trump. (AP Graphic)

The initial anger seen in some Republicans in the immediate aftermath of the January 6 violence has dissipated to a significant extent.

On January 26, a test vote of sorts was held, which gave an indication of the numbers on either side. The Senate took up an objection that sought to declare the impeachment proceeding unconstitutional and end the trial even before it started. The objection was defeated 55-45, which showed that only five out of 50 Republican Senators were willing to abandon the former President.

Barring an extraordinary late twist in the tale then, it seems inevitable at the moment that Trump will escape with only the humiliation of having been impeached twice, and will stay alive to fight another day – and potentially run for the White House again in 2024.

Will Trump appear in his own defence?

It is very unlikely. On the eve of the second impeachment trial of former President Donald Trump, Rep. David Cicilline, D-R.I., and other Democratic House impeachment managers gather to prepare for the case, at the Capitol in Washington, Monday, Feb. 8, 2021. (AP Photo/J. Scott Applewhite)

He has already rejected through his attorneys a request by the lead impeachment manager to testify at the trial. And a subpoena that could compel him to do so is not expected.

A written statement had been under consideration at one point, but his lawyers last week said a flat no to that possibility.

Trump, ensconced in his Florida resort, has been silent himself, not least because he no longer has access to Twitter. He is expected to speak only through his attorneys at the trial.

Who are Trump’s attorneys?

David Schoen is a civil rights and criminal defence lawyer based in Alabama. He has earlier represented the Ku Klux Klan, according to a report in The New York Times, as well as “an array of sometimes notorious clients, including accused mobsters, rapists and killers”.

Bruce Castor is a former district attorney in Montgomery County in Pennsylvania who is, according to the same NYT report, “most famous for his unapologetic defence of his decision in 2005 not to prosecute Bill Cosby after a Temple University employee, Andrea Constand, accused him of drugging and sexually assaulting her”. 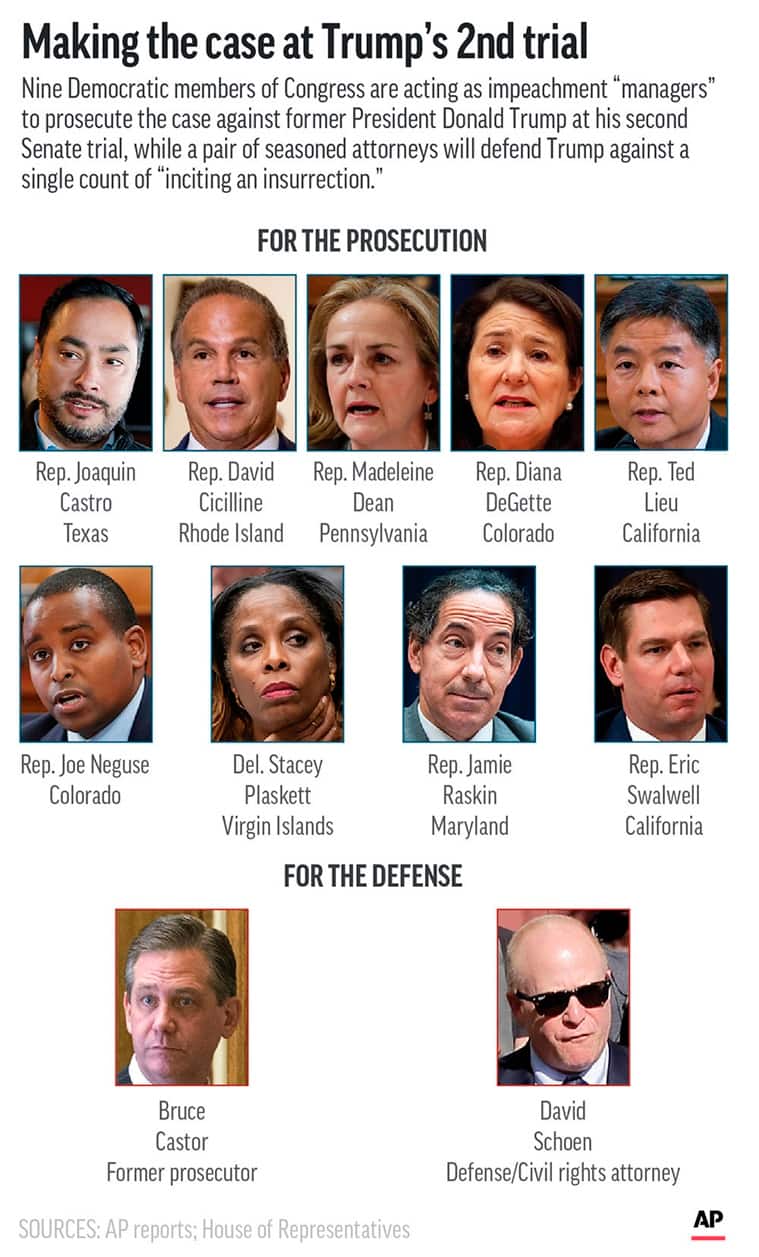 Stand-up comic and author Cosby, now 83, was ultimately convicted of multiple sex offences in 2018, and is now in prison.

The two attorneys have not worked together earlier, “and it remains unclear who has primacy as the lead lawyer on the team”, The NYT report said.