The Brooklyn Nets, in a trade that involved two other teams, managed to snag former league MVP James Harden from the Houston Rockets. They did so while giving away a host of draft picks, Caris LeVert and Jarrett Allen who were rerouted to the Indiana Pacers and Cleveland Cavaliers respectively. Harden will now join Kyrie Irving and Kevin Durant in Brooklyn for their own version of the ‘Big 3’ and are instant favourites to reach the NBA Finals.

How does this trade impact the league?

Before this trade, LeBron James’ Los Angeles Lakers were the favourites to win the NBA title. The Lakers have a top 5 player in Anthony Davis and no team was close enough to compete with the duo. But the Nets adding Harden to an already menacing one-two combo of Durant and Irving, makes them a team that has three of the best offensive players in the league, all of them in their prime, playing with each other. While it doesn’t guarantee a championship, it does push them close to the favourites tag, if not outrightly so.

How does Harden fit into the Nets?

James Harden is the 2018 MVP, an eight-time All-Star, six-time All-NBA and three-time NBA scoring champion. When a player of that calibre is traded for, most teams restructure their roster around that player’s talent, rather than the opposite way. 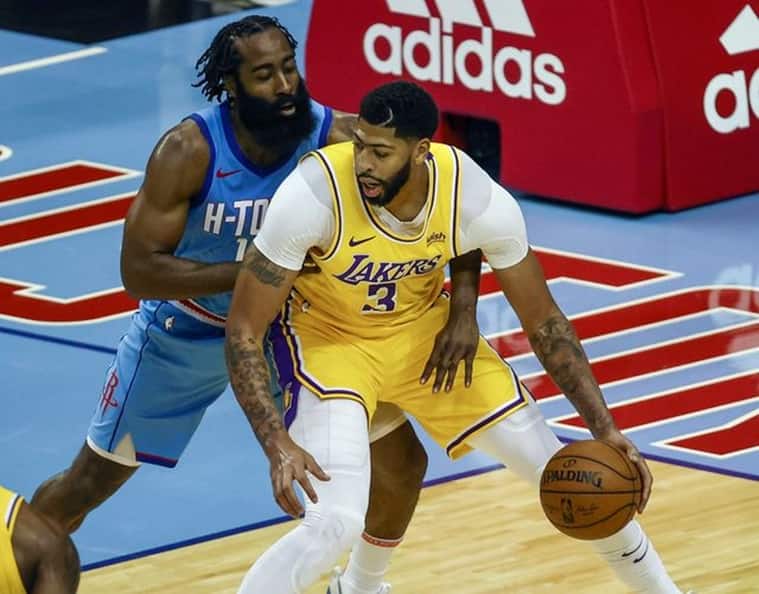 The past few years have seen Harden torch the league with his scoring exploits. But those exploits have come at the expense of him handling the ball most of the time and either taking an inefficient number of threes or getting fouled and going to the line.

Now at Brooklyn with two other superstars who are also heavy on the ball-handling side of basketball, Harden will have to buy into the idea of playing team ball.

What are some of the problems Brooklyn could face?

The biggest issue staring at the Nets is their depth. They had to give up starting centre Jarrett Allen, Caris LeVert and other bench players. This means DeAndre Jordan, as of now, is their starting centre – a thought that doesn’t inspire confidence.

Chemistry issues are another aspect that could derail this Brooklyn team. All three players are high volume superstars and sharing the ball will be key. Harden at Houston was playing a style of basketball highly customised to his needs. Him adapting to a new role at Brooklyn might be what decides the ceiling of this team.

Another major issue that the Nets might very well face is their defense. Kevin Durant, Kyrie Irving and James Harden are known for their scoring and offensive abilities. Out of all three, only Kevin Durant is a true two-way player with the ability to defend other teams’ players. How this clear chink in the armour translates into the playoffs could decide the Nets’ season.

What does this trade do for Kyrie Irving’s future?

When LeBron James and Chris Bosh joined Dwyane Wade’s Miami Heat to form the Big 3, Bosh ended up sacrificing points, minutes and on his overall role. He had to take a backseat so that the James-Wade duo could flourish.
Kevin Durant is clearly the best player at the Nets. After him the best ball-handler on the team is now James Harden. Which leaves Kyrie Irving as the player who most likely might have to take a step back so that the team succeeds. Whether Irving, a player who left LeBron James because he wanted to lead his own team, is capable of giving up on time and influence on the basketball court and off it, is something that will be one of the leading storylines of the Brooklyn Nets’ season.

The Rockets over the years tried in many ways to ensure that Harden would become an NBA champion at the Toyota Centre. This involved trading for players like Russell Westbrook and those trades ended with the Rockets losing draft picks. Now, with the Harden trade, Rockets have essentially hit the rebuild button.

While they have players like John Wall, DeMarcus Cousins and added Victor Oladipo from the Pacers, it’s the draft pick haul that they got, which might ensure a bright future for the team. The Rockets managed four potential future first round draft picks and four pick swaps in a deal where they could never be winners because eventually, they would be losing out on a player playing on an MVP-calibre level for almost five years.

Chandigarh’s mini Covid centres a success, thanks to team effort